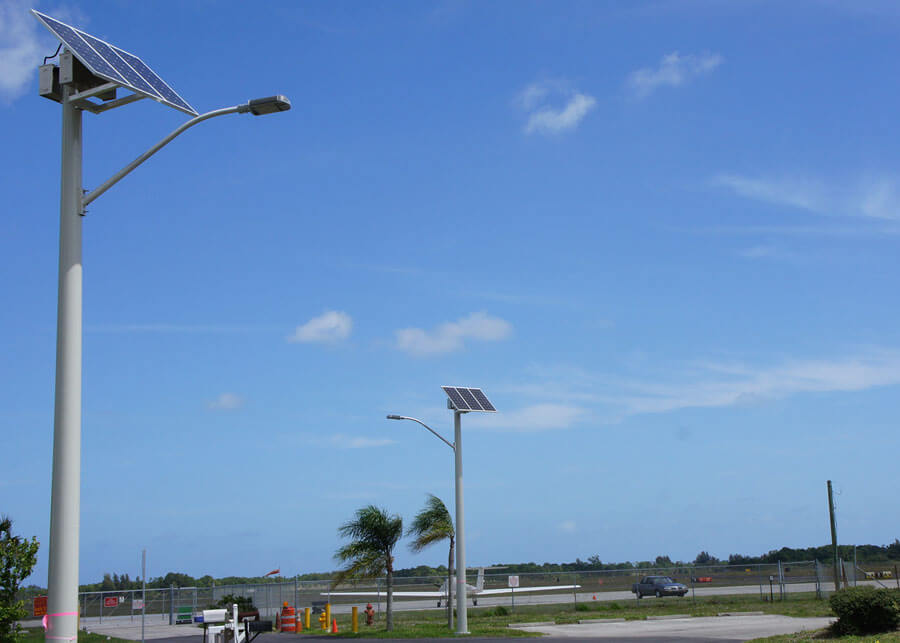 The last several years have seen the advent of new commercial lighting system technologies that have the potential to significantly reduce operating costs for those that employ them, such as commercial property owners, city and county governments, school districts and home owner’s associations. Among these are commercial street light LED fixtures, which can offer reliable, cost efficient and environmentally responsible lighting for a variety of commercial and municipal applications.
Commercial street light LED fixtures powered by clean solar power offer a number of advantages over traditional, grid powered lighting. Installation, for instance, is much easier, faster and less costly with solar powered commercial fixtures. Grid powered lighting requires infrastructure, with a lot of engineering considerations, wiring and trenching in of cables, whereas solar powered street lights are separate, self contained units, requiring no underground connections. This easy installation is especially beneficial when new lighting is being installed on existing, already paved sites, eliminating the hassle and expense of digging through pavement for trenching and the subsequent repairs. Lighting remote areas, such as roadways or sports fields in a city park or the parking lot of a rural business, is much easier with stand alone solar powered street lights, avoiding the expense and logistical issues of tapping into a distant grid system. 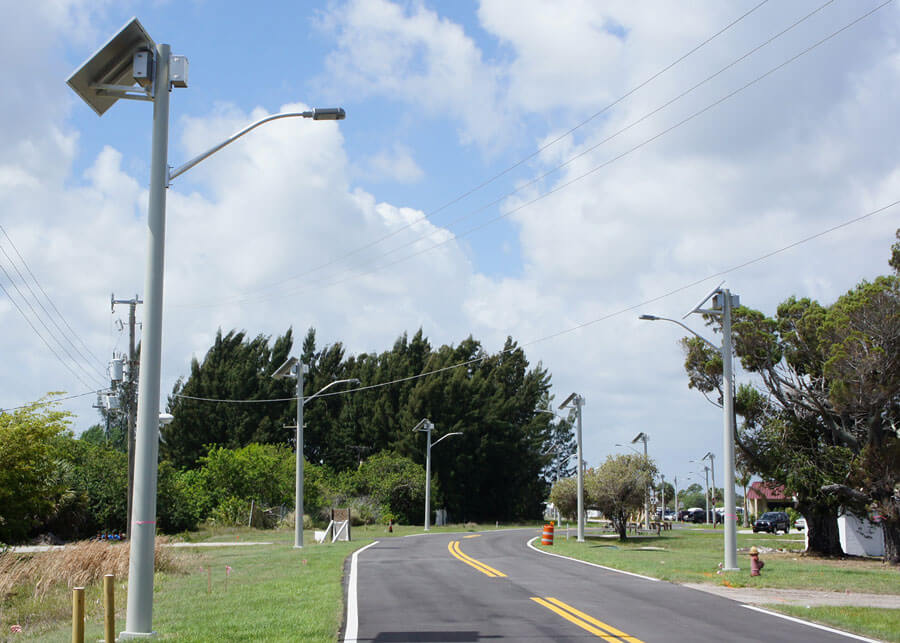 Reliability is another advantage well worth consideration. Solar powered LED street lights will still shine brightly when grid power goes down, offering security and safety during blackout conditions. A street lighting system made up of stand alone solar powered units offers more reliability during extreme weather as well, since having one destroyed by a lightening strike or a fallen tree will not cause the entire system to fail, as can be the case with grid powered street lighting.

Solar powered commercial street light LED fixtures are an extremely cost efficient option, offering lower operating and maintenance costs than typical, grid powered lighting. The most obvious and significant source of savings is the fact that these fixtures generate their own power, adding nothing to electricity bills. LED fixtures also last longer than other fixtures, with an average lifespan as much as five times that of incandescent types, and most require little or no routine maintenance. 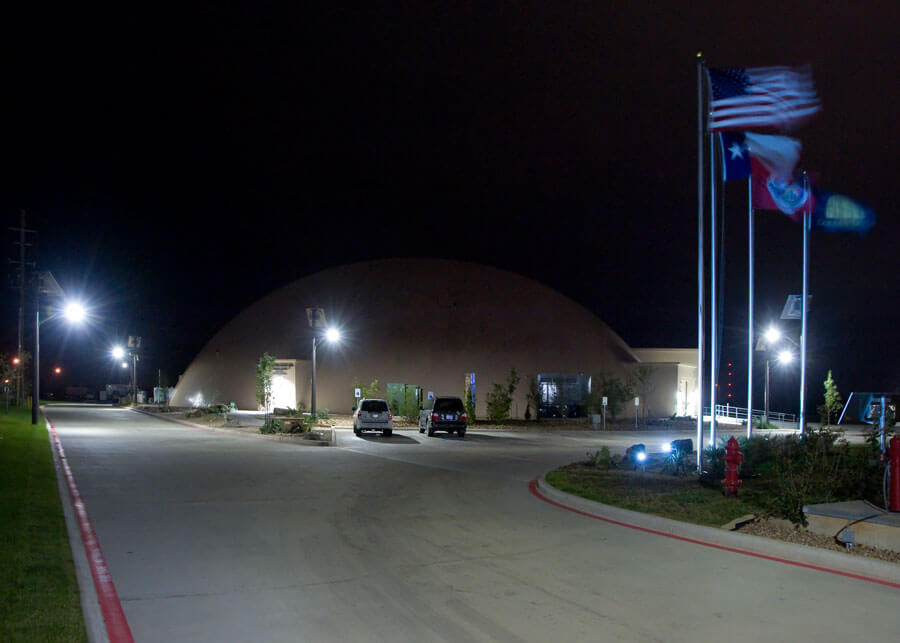 Commercial streetlight LED fixtures powered by clean solar energy are exceptional options for environmentally conscious city or county managers, commercial property owners, school districts or HOAs. LEDs produce light by passing electrical current through a solid diode, unlike other options that require incendiary gases to function. They produce no toxic emissions and generate a minuscule amount of heat as compared to traditional lighting, and since they are powered by solar energy, they do not take energy from power plants that may burn fossil fuels in its production.
Solar-powered commercial street light LED fixtures have been put to very successful use in a wide variety of settings. They have been installed at airports, corporate parks and military installations in the U.S. and abroad. They are used to light parks, city streets, housing developments, parking lots and government facilities. Flexible, cost efficient, reliable and environmentally sound, commercial street light LED fixtures powered by clean solar power stand head and shoulders above traditional commercial lighting options.

How Solar and LED Lighting is a Perfect Combination

Fort McHenry Solar Powered Lighting: Blast from the Past