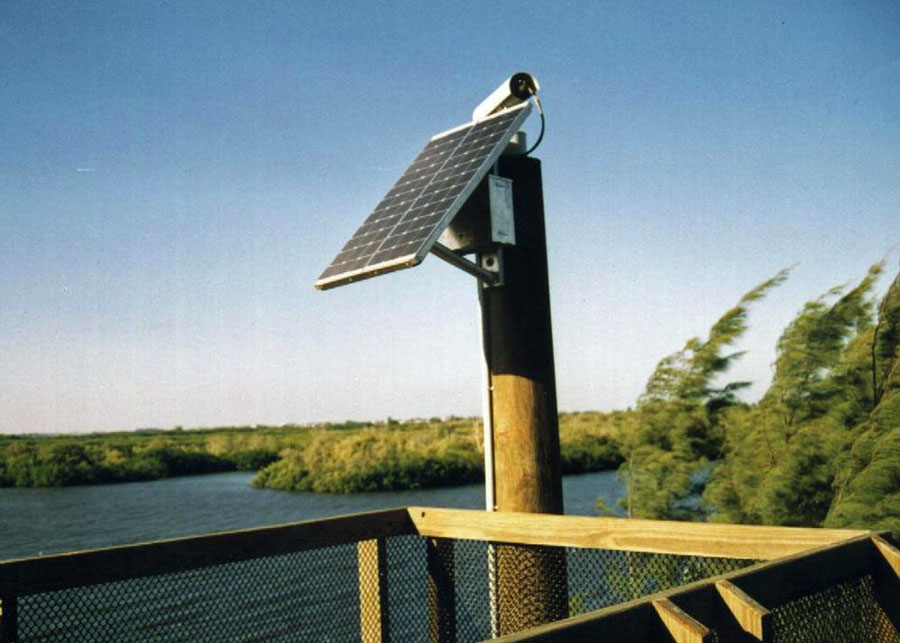 Stand-alone solar is a perfect solution for providing power to wireless security surveillance systems. Current technology has allowed surveillance systems to be installed in remote or hard to reach locations. Previously, the security cameras would need to be hardwired into a monitoring station in order to provide real time surveillance of the areas.

Now, the cameras can be outfitted with wireless technology in order to transmit the surveillance signals to the monitoring station. This can be accomplished through direct radio transmission to the monitoring station or through a wireless mesh system. Often times, the electrical grid is either unavailable or cost-prohibitive in such locations. This provides the ideal opportunity to utilize stand-alone solar power. 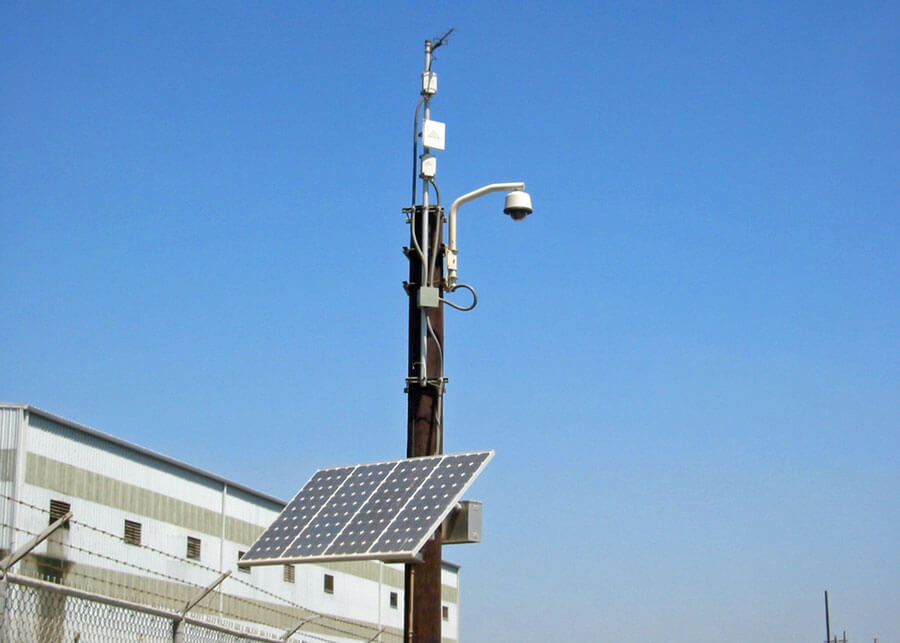 Stand-alone solar powered lighting is an ideal partner for wireless security surveillance systems. If the security cameras are not outfitted with night vision technology, they will need an artificial light source during the night in order to provide a clear picture. Stand-alone solar powered lighting uses the same technology described above to provide light from LED, compact fluorescent, sodium vapor, or a variety of other sources. This light is provided without the need for the electrical grid, making for a truly integrated stand-alone security surveillance system.

Working with your solar provider and providing them the requirements of the camera and light will help determine how much solar is required for each installation. Using DC powered camera systems will be more efficient than using something that requires AC power since the power loss of an inverter tends to make the system unfeasible as it will require a much larger solar power assembly. By using a DC system, the camera and light will be efficient and lower in cost.

other
Prev PostGuide to Security Lighting: Why to Implement
Next Post2021 How Long Does a Solar Battery Last?